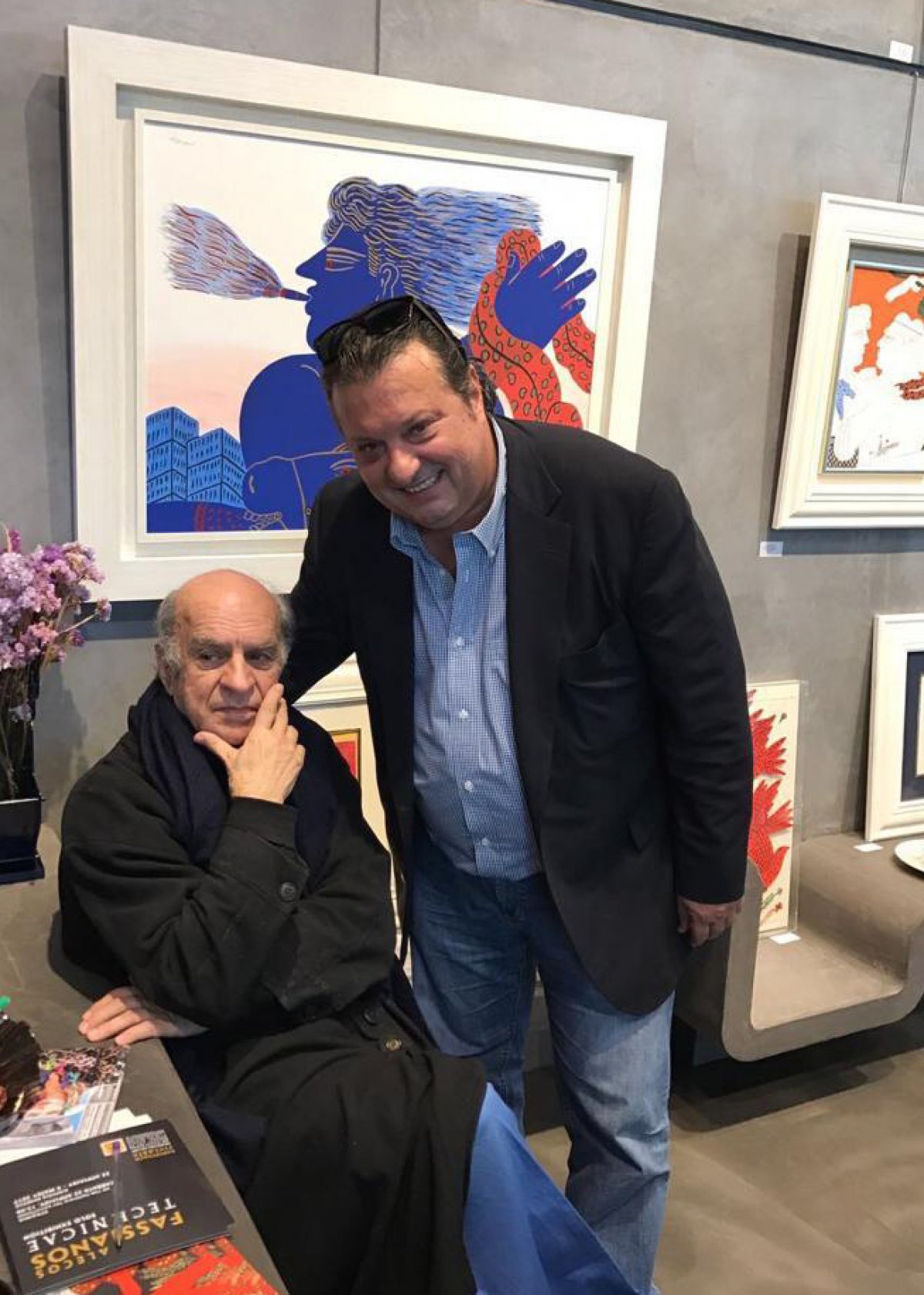 Greek artist Alekos Fassianos died Sunday aged 86 at his home after a long illness, the state news agency ANA reported.
Born on December 16, 1935, Fassianos studied violin at the Athens Conservatory and painting at the Athens School of Fine Arts from 1955 to 1960.
Shortly after his first exhibition, he moved from his hometown of Athens to Paris after gaining a French state scholarship to study lithography at the the Ecole des Beaux-Arts (National School of Fine Arts).
He ended up staying in the French capital for the next 35 years.
Although some of his early paintings were in a contemporary style, he also drew a lot of inspiration from popular art and Ancient Greek mythology. He was also stirred by Byzantine themes. In addition to painting and lithography, he also illustrated books, designed costumes for theatrical productions and created sculptures.
Described by some as the Picasso of Greece, Fassianos was widely lauded and many of his works adorn public spaces, including a mural at a subway station in the Greek capital.
In France, he was made a commander of the Order of Arts and Letters and an officer of the Legion of Honor. His works have been exhibited across Europe and Latin America. His final major exhibition was a 2004 retrospective in Athens.
"All the work of Fassianos, the colors that filled his canvases, the multidimensional forms that dominated his paintings, exude Greece," said Culture Minister Lina Mendoni in a statement.
Prime Minister Kyriakos Mitsotakis said Fassianos "always balanced between realism and abstraction" and he "leaves us a precious heritage".
Fassianos leaves behind his wife, Mariza, and two daughters.