Edouard Sacaillan was born in Thessaloniki in 1957. He studied at the Athens School of Fine Arts from 1976 to 1981 in the studioas of Yannis Mordis and Dimitris Mytaras. And after in 1984 till 1987 he studied in the Parisian École Nationale Supérieure des Beaux-Arts in the studio of Leonardo Cremonini.

He received the praises for his works and awards: le Prix de l’Académie de Médicine de France (1987), “The trophies of Colour”, the Lefranc-Bourgeios National Award for Painting and the Painting Prize at the 18th Biennale of Alexandria (1994); In 1984 Edouard Sacaillan realized his first solo exhibition. Since then he had a lot of exhibitions in Greece and all over the world. In our time he works in France (Paris) and in Greece (Athenes). 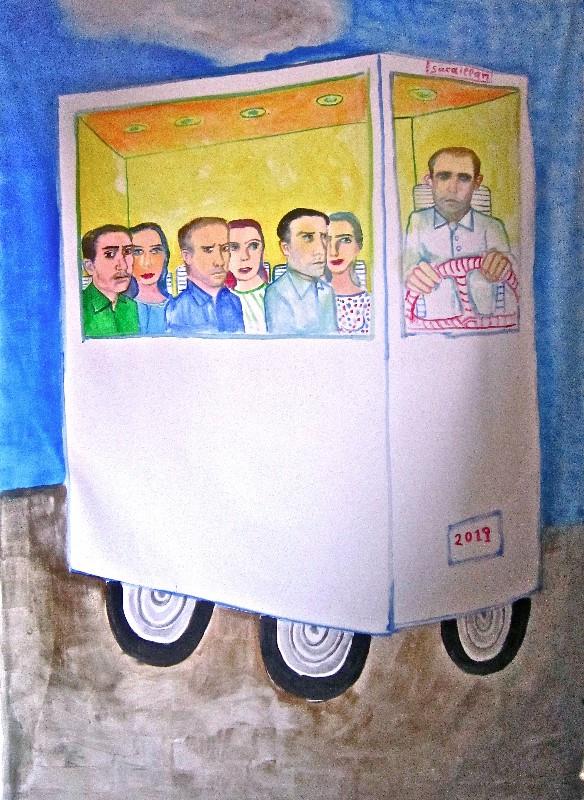