b. (1982 - ) whose real name is Nikolaos Koukoumis lives and works in Athens. Started doing graffiti in 1996, studied architecture at the University of Thessaly U.TH., where he graduated in 2009. His work has been presented internationally in numerous exhibitions, festivals and special commissions. In his studio “thisismybworld”, he works in a wide spectrum of projects from architecture and illustration to design, while at the same time he travels and paints walls in cities all over the world. He works in the language of things consumed and discarded – from his subject matter to his chosen canvases. b. adorns crumbling and deteriorating city walls with Christmas trees, corporate logos, birthday cakes, religious insignias and other recognizable images with a certain degree of value. His playful images capture the world we’ve created, patched together from a random assortment of unassuming yet visually compelling objects. The artist views the city as an open studio, as a big canvas without limits where his creatures are winking playfully to the viewers and challenge them to discover the b.world. 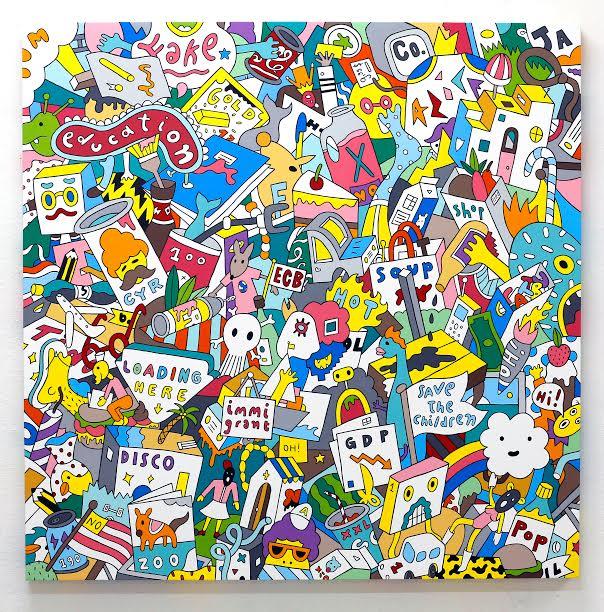