Apostolos Chantzaras develops his own visual world of bold lines, forms and saturated colors, drawing influences from Greek folk shadow theater, ancient Greek sculptures and Byzantine iconography. A rich legacy of symbols related to Greece, the sun, the islands, the sea and its fish, the cross, the bathers, all come together in a unique, perceptible artistic amalgam empowered by strong colors and intense movement. Yet the outcome is not verbose. Chantzaras succeeds in transforming it and making it something of his own.

He was born in Agrinio-Greece in 1977. From early childhood, he studied and worked in the atelier of Byzantine Painting beside his father, Eleftherios Chantzaras.

He has participated in several personal and group exhibitions in Greece and abroad. He lives and works in Athens. His paintings are part of private collections. 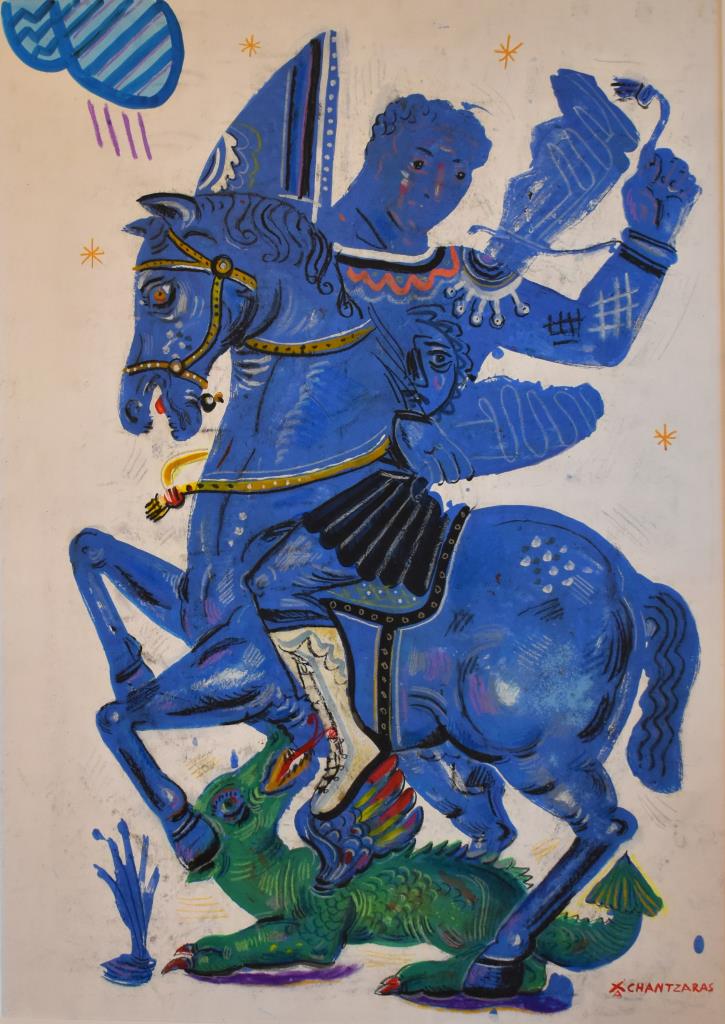 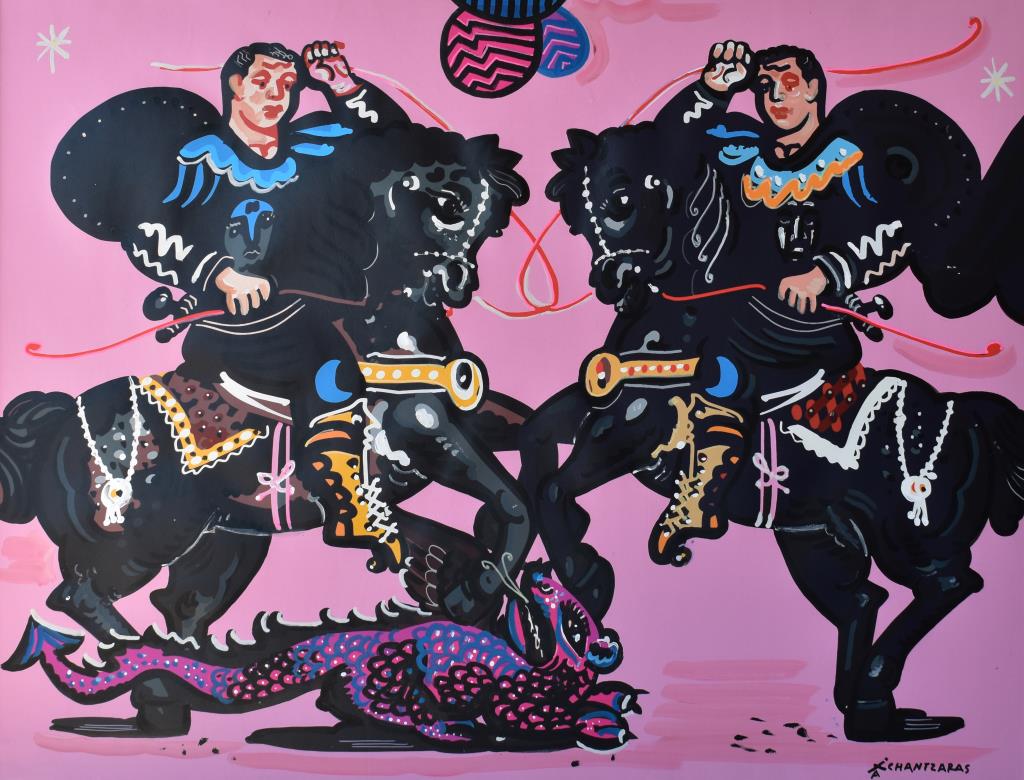 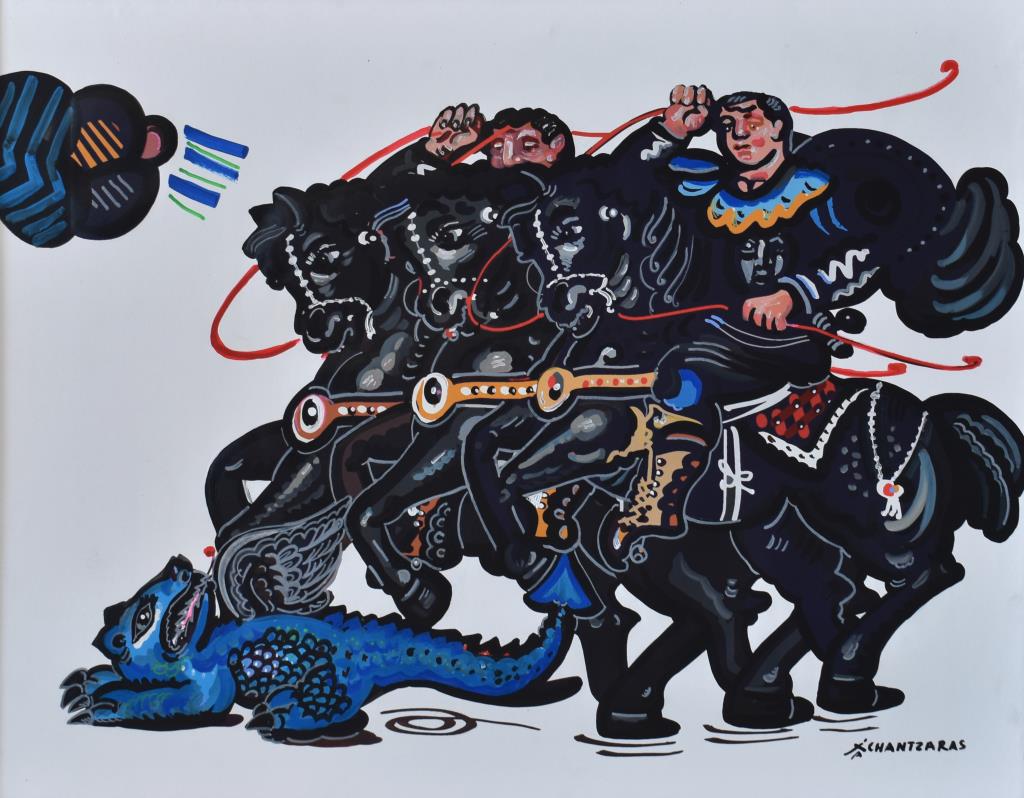