ERRO (1932 - ) Nothing about Erró’s art is understated. A firm believer that more is better, this Icelandic artist creates jam-packed, dynamic, and often raucous paintings. Working in series and deploying a kaleidoscope of cartoon characters, art icons, and public figures, he comments on pressing political issues, references art history, and delights in wreaking visual havoc.

Gudmundur Gudmundsson, aka Erró, settled in Paris in 1958 after studying in Reykjavik, Oslo, and Florence. Living in the midst of the ferment of 1960s Paris, as the battles in Algeria and Vietnam raged, shaped his outlook. His early tempera-and-ink paintings depicting ghoulish figures firmly situate him in the postwar European figurative art scene. His first encounter with American Pop art in 1962 was a watershed moment. Since then, Erró has begun employing mass-culture imagery to explore social and cultural contradictions inherent in a world of never-ending consumption.

From the very beginning, Erró made collages—a technique that has been essential to his art—and has unceasingly investigated and amassed an ever-expanding archive of images culled from around the world. Comprising newspaper and magazine clippings, posters, leaflets, postcards, advertisements, and, importantly, comics, this wealth of materials provides the sources for the collages, which in turn he projects onto canvases and paints.

Collage enables Erró to fashion startling combinations which can appear humorous or ironic but, on closer observation, can also be deeply unsettling. Indeed, in many of Erró’s paintings, shiny, smooth surfaces belie pointed political critiques and complex psychological investigations.

In his words, “By dealing with daily events, I try to interpret the present, a short period of time in the life of the society, before it enters total oblivion.” 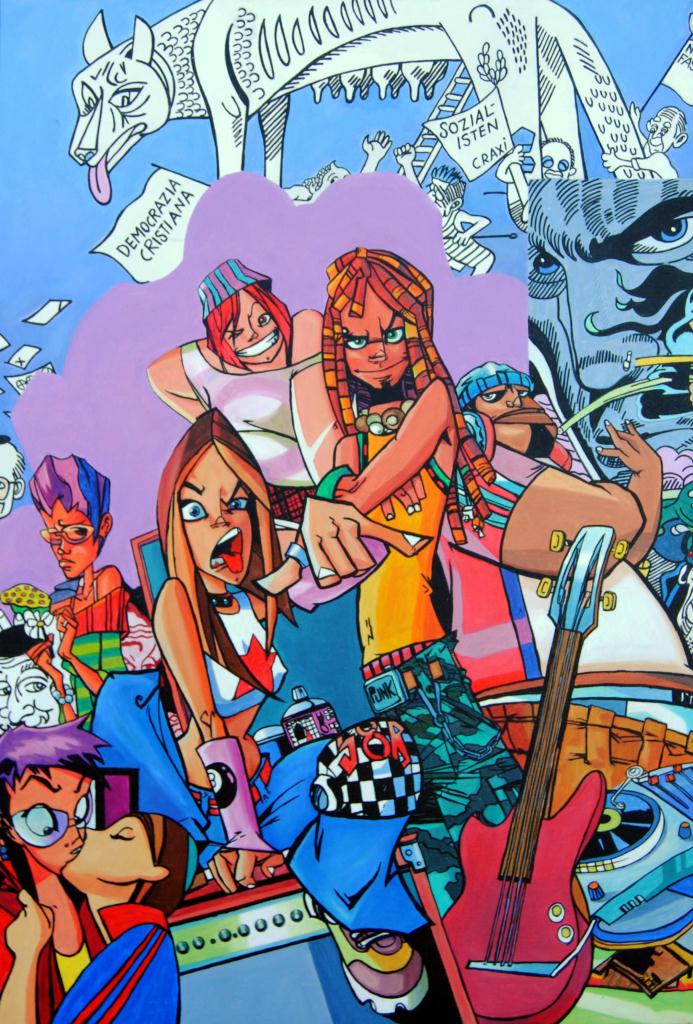 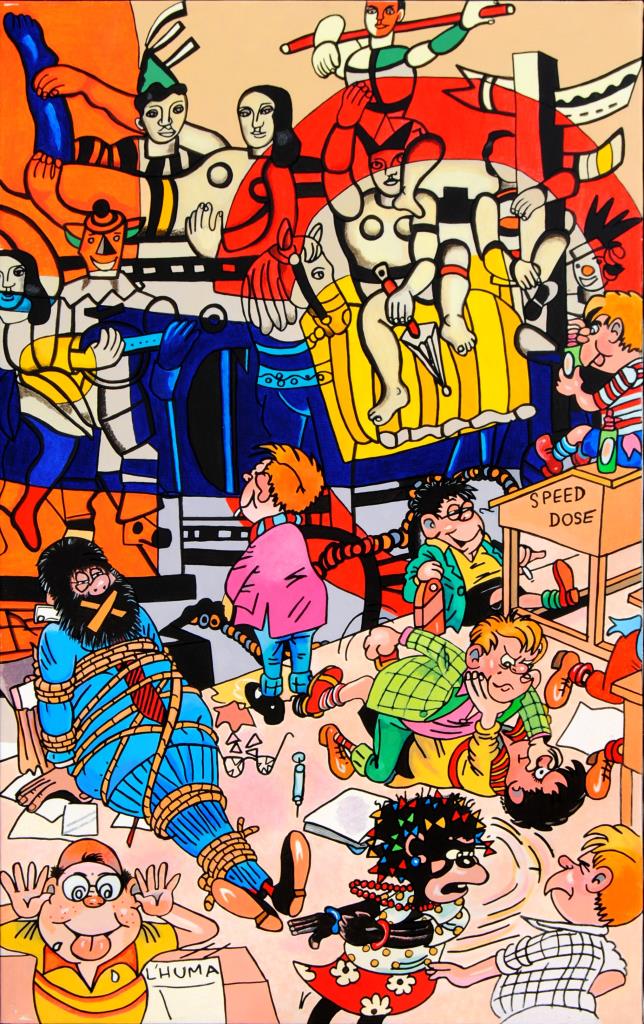 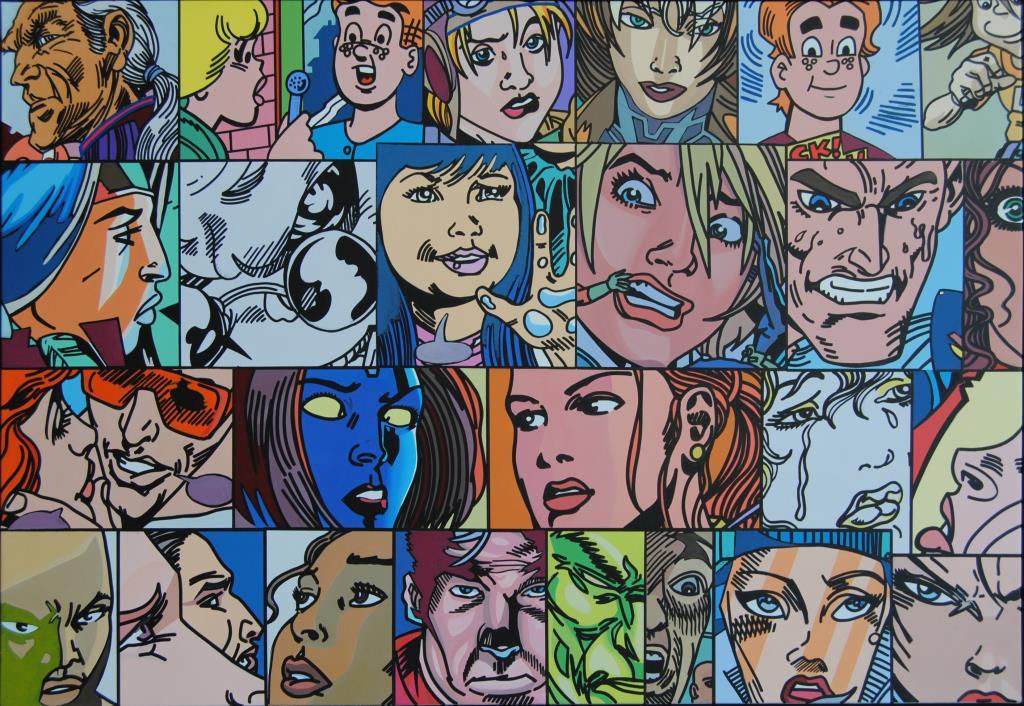 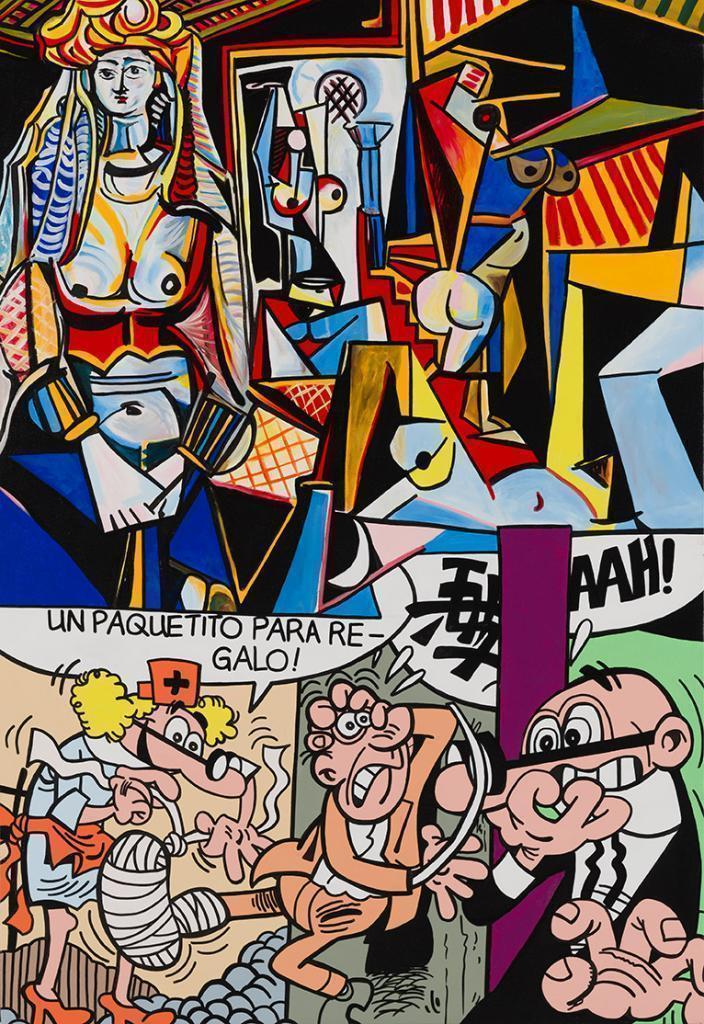